Copaíba operates in the Peixe and Camanducaia river basins, located in the south of Minas Gerais and the east of the State of São Paulo. 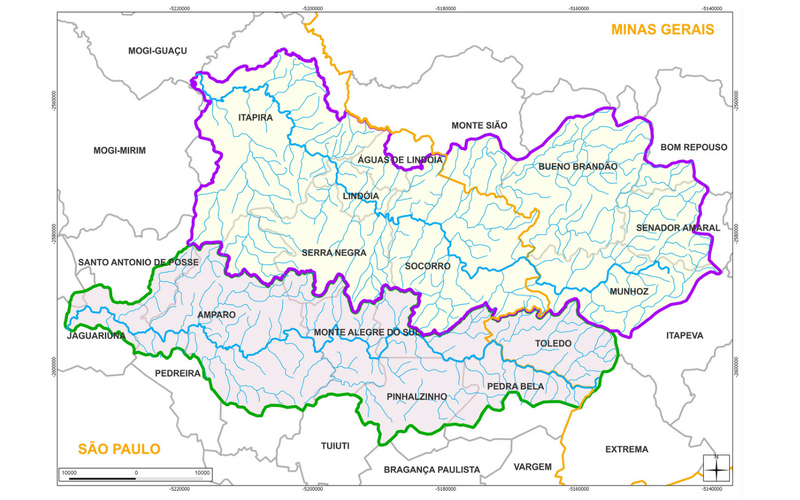 Original biome of the Brazilian coast, the Atlantic Forest covers a range that goes from Piauí to Rio Grande do Sul, extending to Argentina and Paraguay. Originally the area was 1,315,460 km², 15% of Brazilian territory. Currently, the remaining area is 102,012 km², 7,91% of the original.

Even reduced, the Atlantic Forest has enormous social and environmental importance. For about 112 million inhabitants (70% of the Brazilian population) who live in its domain, it regulates the flow of water sources, ensures soil fertility, controls the climate and protects cliffs and mountain slopes, in addition to preserving a natural heritage. and immensely cultural.

In the Atlantic Forest, several rivers are born that supply Brazilian cities and metropolises, and this is one of the factors that has contributed to the problems of water scarcity, mainly associated with waste, misuse of water, deforestation and pollution. The Atlantic Forest is considered a National Heritage by the Federal Constitution (Art. 225). There are numerous publications, both national and international, that endorse its importance and the need for its protection. It is a Brazilian biome threatened with extinction and is among the most important and threatened in the world.

Brazil is considered one of the twelve countries endowed with the so-called megadiversity, and is a signatory to the Convention on Biodiversity. In this context, the Atlantic Forest is considered one of the largest repositories of biodiversity on the planet and holds the record for endemic woody plants (angiosperms), in addition to records for the number of species and endemism in several other groups of plants.

With regard to wild fauna, according to data from the Ministry of the Environment, the Atlantic Forest is home to about 250 species of mammals (55 of them endemic), 340 amphibians (87 endemic), 197 of reptiles (60 endemic), 1,023 of birds (188 endemic), in addition to approximately 350 species of fish (113 endemic). Not to mention insects and other invertebrates and species that have not yet been discovered by science.

The fauna of the Atlantic Forest is protected by the Constitution, in accordance with Law 5,197/67 and also by the Environmental Crimes Law (9,605/98). Global initiatives with regional and local developments, such as agenda 21, are also a support instrument for the protection of fauna. But all these elements depend on the political will of the government, the awareness, mobilization and participation of citizens and the dissemination of the concept of sustainability in economic activities.

The Camanducaia River basin, a sub-basin of the Piracicaba, Capivari and Jundiaí Rivers (PCJ) hydrographic basins, is a water producing region, considered extremely important for public supply, mainly in the municipality of Amparo. Due to its ecological importance, the Camanducaia river basin is almost entirely included in a Sustainable Uses Conservation Unit, the Environmental Protection Area (APA) Piracicaba – Juqueri-Mirim – Area II.

The Camanducaia River is the main tributary on the right bank of the Jaguari River, which further downstream, when it joins the Atibaia River, forms the Piracicaba River.

Because its sources are located in the state of Minas Gerais and it flows into the state of São Paulo, the Camanducaia River is considered a federal domain, covering an area of approximately 900 km². From its source, in the municipality of Toledo (MG) to its mouth, in Jaguariúna (SP), the Camanducaia River travels approximately 160 km, passing through the municipalities of Pedra Bela (MG), Pinhalzinho (SP), Socorro (SP), Monte Alegre do Sul (SP), Amparo (SP), Pedreira (SP) and Holambra (SP). In addition to these, the municipalities of Extrema (MG), Santo Antonio de Posse (SP), Serra Negra (SP) and Tuiuti (SP) are part of this watershed. The region has a population of approximately 300,000 inhabitants.

The region is very rich in natural beauty, biodiversity, forests and also water courses. Like the Rio do Peixe basin, the Rio Camanducaia basin is part of the Atlantic Forest biome and has largely deforested its original vegetation. Currently, only 4% of native forests remain. These areas, which today are mainly occupied by pastures, agricultural crops and also buildings, are highly degraded, which directly harms their ecological function of conserving water, protecting the soil from erosion, and ensuring the maintenance and conservation of local biodiversity. 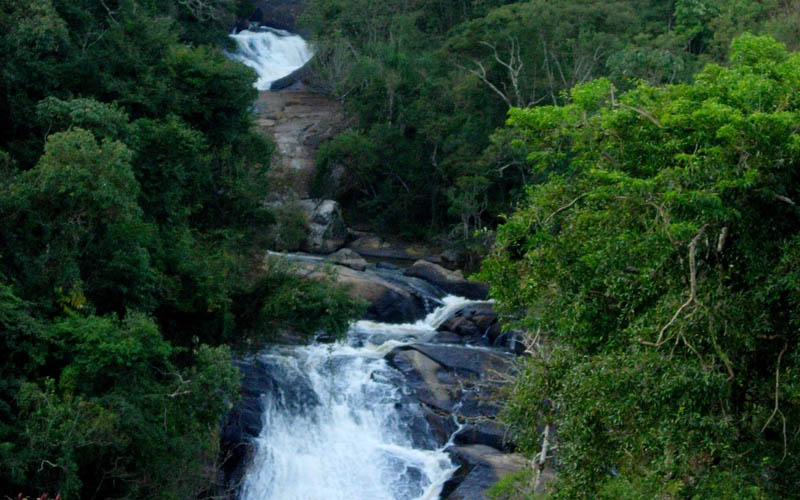 The Rio do Peixe, with a flow of 11.97 m³/s, is the main tributary on the left bank of the Mogi Guaçu River and the most important river in the Circuito das Águas Paulista. It is a source of water supply and the main tourist attraction in the region. It has its sources in Serra da Mantiqueira, in the south of Minas Gerais. It is popularly considered that its source is located in the Minas Gerais municipality of Senador Amaral-MG, but studies indicate the source in Munhoz-MG.

The Peixe River receives water from important tributaries, namely: the Antas River, the Fundo stream, the Serra Negra stream, the Barreiro stream and the Penha stream, in addition to the Cachoeirinha river.

The Peixe River basin is part of the Atlantic Forest biome and has a great wealth of plant formations. Over time, due to human occupation, most of the Atlantic Forest was deforested, leaving today only 4% of the original vegetation in the basin. Much of the initial devastation was caused by coffee growing which, after the decline, was replaced by pastures, annual crops and buildings. By force of laws and the rugged topography, which makes access difficult, many stretches are no longer managed and after 30 or 40 years of spontaneous regeneration, they once again show native arboreal vegetation, now as secondary forests. These, however, are still relatively new and devoid of the original richness of species.

The native vegetation (riparian forest) occupies 575.7 hectares (42.1%) of the Permanent Protection Area (APP) of the Peixe river, in the form of numerous fragments, the vast majority of which are less than 1.0 ha (approximately 1 field of football). A worrying fact is that only three fragments have an area larger than 10.0 ha, the largest of which is only 13.06 ha. In addition to being small, most fragments have little diversity of flora species, are disconnected and suffer from trampling by cattle. 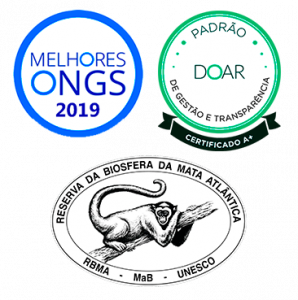 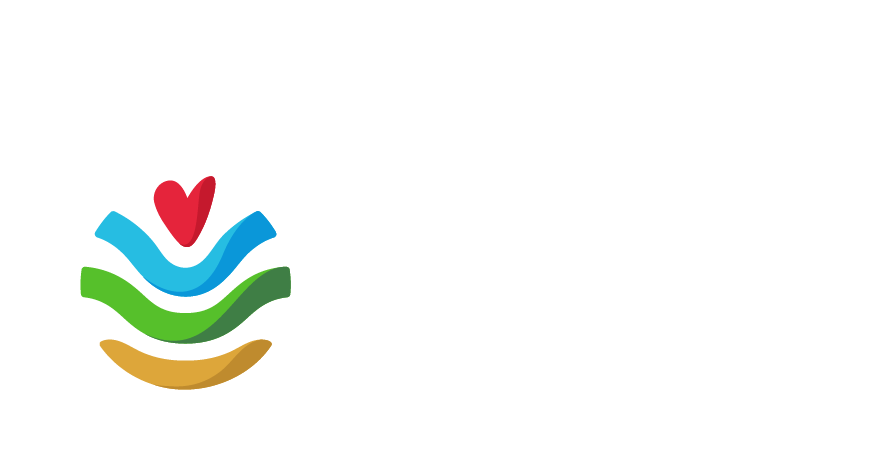